Showing posts from June, 2020
Show all

A Poem of Belonging 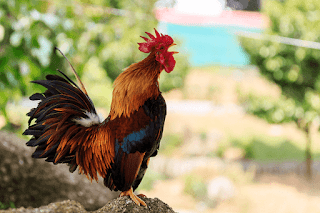 STAND-TO Beauty rests as much in the pause as in the phrase. I woke not to the cock’s crow, but to the in-between silence.  The quiet seemed complete, as if all the world Had come to an end, except for him and me. He would crow, pause, and then crow again and again.  Each time, I imagined him gathering For another outburst of pride, as if every exhale Lay claim to the world around him: “Mine! Mine! Mine!” But then I heard what seemed to be an echo, Yet not an echo. Rather, an answer. And then, More faintly still, I heard another. And I understood The cock had rested not just to inhale, but also to listen To other claims to other hillsides, and I knew him Not as soloist but as part of the choir, Whose entrances were metered to the acoustics of the hillsides.  And their pauses were intricately linked To give each his voice in this vast chorus as “Mine” became “Ours.” --"Stand-To" from General Discharge . Stand-to is a military term, describing a moment of maximum
Post a Comment
Read more
More posts