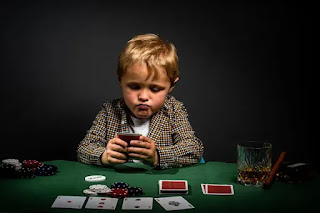 I’ve written in the past about the need to get a thick skin when sending your writing out into the world. But to truly embrace rejection, you need to actually learn to play the poor odds and turn them in your favor.  Here is one way.
Consider this: for your typical poetry journal, there are in the neighborhood of one hundred poems vying for each slot in the magazine. If you are a typically competent poet (as technically good as any other, except that an editor hasn’t warmed to your particular poems), you can expect an acceptance rate of 1%.
Now, poetry journals are not all created equal. For some of the most widely-read, most-competitive places (the New Yorker, the New York Times, Atlantic, etc), you might recalibrate your odds as nil. And if you are just starting out, even the newest, most wide-open journal with no reputation to speak of might be beyond your reach. But for the sake of argument, let’s just accept that 1% is as good a figure as any other.
The good news is that the odds aren’t as bad as they may first seem. Most journals ask for multiple submissions, usually five poems. So the odds of any one poem in your packet being selected for publication is now 5%. Still slim, but not hopeless. Your odds are now one in twenty.
I feel comfortable sending the same packet of poems to five journals at a time. When one of those five rejects all the poems in a packet, I turn it around and send it out to the next journal, with the goal of keeping it under consideration by five journals at a time.

I feel comfortable sending the same packet of poems to five journals at a time.
That seems like the sweet spot to me—not so many places at once that I can’t keep track of them or that I am forever withdrawing accepted poems, but enough places so that I get a poem accepted often enough that I’m encouraged to keep going.
You may decide five is too many—or too few. But if you’re going to do this, my advice is not to go under three places at a time and not more than ten. Too few, and you just drag out the process. Too many and you create unnecessary work and confusion.
So to get anything accepted, you are going to have to send your poems out to far, far more places than you might first imagine. You can’t expect one journal to accept anything. And, keeping the odds at 1% for a given poem, even if you send the same five poems to five journals at the same time, your odds are still a mere one in four that any poem will be selected for publication.
“But what if my poem gets selected by two different journals? I’ll be black-listed for life!!” A few journals will even still insist that they do not accept (or, more vaguely, do not encourage) simultaneous submissions. So what to do about this? First, you should be so lucky. The same poem accepted twice???
But with good administrative skills (letting people know right away if a poem has been selected elsewhere), you’ll survive. With bad administrative skills, you might be black-listed. But take heart. There are a couple thousand other journals out there.
I say “Take heart,” and I mean it. This is a tough way to get published, and your life will be filled with disappointment. You will be tempted quit the game altogether and put your poems in your blog and call it good. But if you are still determined to have your work measured against some standard, and you want the affirmation that comes from that, you might want to get busy. Very busy!
In future posts, I’ll share how I choose journals and what tools I use to manage my poems. But this is enough for now.
- November 07, 2022
Labels: Submitting Your Work